Why do you feel sleepy after eating? 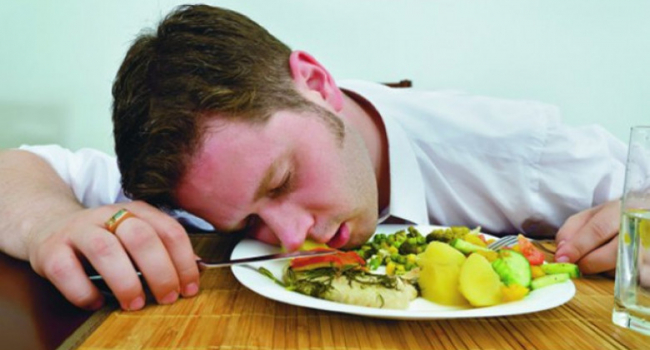 Why do people feel sleepy after eating? Specialists from the University of New York consider this mechanism an evolutionary trait characteristic of most living things.

According to MedicalXpress, scientists have also found a relationship between a “food coma” (a state of rest after a hearty meal) and the formation of long-term memories. That is, after consuming a large number of calories, rest can be considered the norm.

Scientists investigated this issue using the example of the sea slug Aplysia californica. In humans, eating leads to the release of insulin, which does not affect the brain. However, there is an insulin-like growth factor-II, which is important for the functioning of the brain, in particular, for the formation of long-term memories. True, its allocation does not depend directly on calorie intake.

It turns out that insulin-like molecules in the human body are divided into at least two separate functional modules. The metabolic module, represented by insulin, controls nutrition and energy balance, and the neurotropic module, focused on the insulin-like growth factor-II, controls the formation of memory.

In slugs, two separate modules of insulin-like molecules, unlike humans, are combined into one system that performs both metabolic and neurotropic functions. It was also found that one insulin-like molecule produced in the nervous system simultaneously enhances contacts between neurons. This mechanism underlies long-term memory and promotes the absorption of nutrients in the tissues of the slug.

When receptors associated with insulin-like compounds were blocked in the slug, its activity did not decrease after eating. If blocking did not occur, the slug experienced a redistribution of energy and a transition from activity to the accumulation of nutrients and the formation of memories.