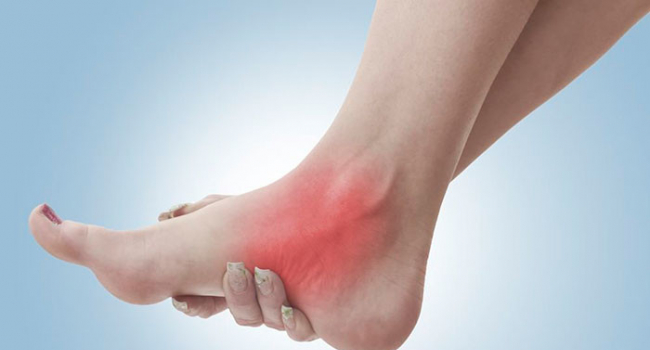 A month ago, a 47-year-old woman from Armenia suddenly had severe pain in her legs, and two days later her legs went numb: first the sensitivity of the feet decreased, then the numbness rose higher and reached the navel.

In early October, a patient who wished to remain anonymous went to a doctor and was hospitalized in one of the medical centers: although only about 5 or 6 days had passed since the onset of symptoms, the patient could no longer walk by that time, and she had problems with urinating. After a series of studies, doctors suspected her of acute motor-sensory axonal neuropathy (AMSAN), a rare disease that occurs in 1 case per 3 million.

Wanting to hear a second opinion, the patient's family turned to the neuropathology department of another MC, where the patient was then transferred with the same severe pain in the legs, disturbances in sensitivity, and weakness in the legs: the patient still could not walk.

The initial diagnosis was confirmed, she had a severe form of Guillain-Barré syndrome, affecting the nerve endings in the limbs and leading to paresis and impaired sensitivity. If the disease affects the respiratory muscles, the patient should be connected to a ventilator.

It is recommended to start treatment as early as possible - in the very first days, otherwise the chances of recovery will significantly decrease. Since this patient has already lost too much time, the doctors decided to start an aggressive multicomponent treatment - plasmapheresis and pulp therapy with methylprednisol.

The patient’s chances of recovery were quite low, but on the third day of treatment, the sensitivity in the legs were recovering, and on the fourth day the patient was able to stand up.

Armenian doctors also contacted colleagues from the University Hospital of Limoges, France. The renowned neuropathologist Professor Jean Michel Vallat and his colleagues agreed to conduct a number of expensive studies fnecessary to confirm the diagnosis and to determine with further treatment for free. These studies are not available boh in Yerevan, and also in most other European cities, and their cost, as it became known to NEWS.am Medicine, exceeds EUR 2,000.

On October 25, the patient was discharged from the hospital: slight leg weakness still persisted, but she could walk independently. In the near future, she will need rehabilitation treatment and monitoring by neuropathologists.