Nanotechnology may be useful in treating lung cancer 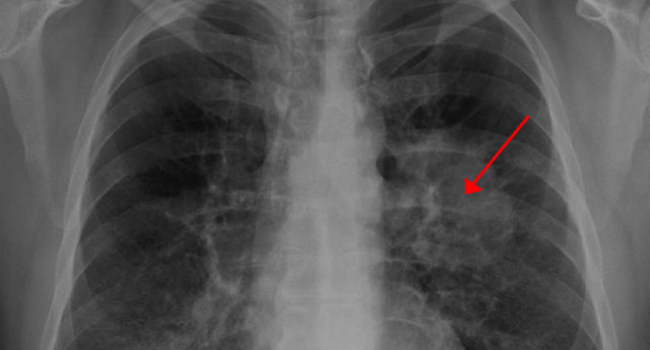 Scientists from the Wake Forest School of Medicine (US) for the first time used nanoparticles that were delivered by inhalation to treat lung cancer. The technology has been tested only on mice, but the results are already impressive.

The study was published at Nature Communications. In this proof of concept study, Dawen Zhao, M.D., Ph.D., associate professor of biomedical engineering at Wake Forest School of Medicine, used a mouse model to determine if metastatic lung tumors responded to an inhalable nanoparticle-immunotherapy system combined with the radiation therapy that is commonly used to treat lung cancer.

A combination of nanoparticle inhalation with radiation therapy affecting part of the lung led to regression of tumors in both lungs and helped to prolong the life of mice. The researchers reported that lung tumors completely disappeared in some mice.

Lung cancer is today considered the second most common cancer and the main cause of death from cancer in both men and women. More people die from lung cancer than from colon, breast and prostate cancers combined.

Usually this type of cancer is found quite late, and the treatment is ineffective. Immunotherapy seems to be a promising method, but so far it is effective only in 20% of patients.

Inhaled immunotherapy has a key advantage over other methods - the ability to access deep lung tumors. An aerosol carrying nanoparticles has been developed to reach all parts of the lung, with the possibility of re-treatment using a non-irritating aerosol.