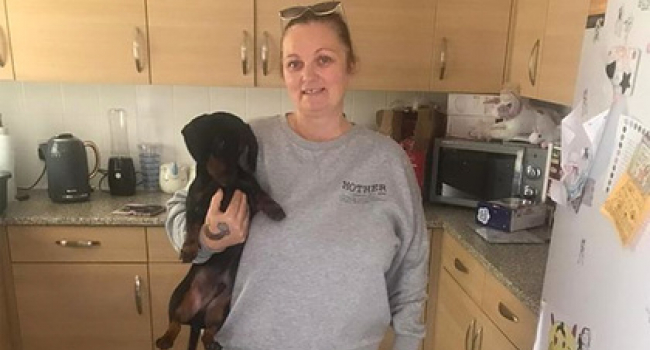 Kelly McCracken, 42, from Hull, lost six stone in less than 10 months after doctors told her that she would not survive until 2020 if she did not change her lifestyle, Daily Star reported.

She is mom of six children.

"I would eat two breakfasts and then go out for lunch. I'd eat two family-sized bags of chocolate while I waited to pick my kids up from school and drank five litres of Coke a day.

Kelly could not walk and even take a bath on her own, so her partner was forced to care for her.

She was told her lifestyle would mean she wouldn't live to see 2020 after being admitted to hospital with diabetes and high blood pressure in March. Later she gave up eating junk food, stopped eating sweets and fast food, and switched to a healthy diet. She also began to work out and plans to start running. When Kelly lost 19 kilograms, her partner bought her a dachshund, which she now walks twice a day, and walks also have a positive effect on her health and figure.

Now, according to her, she is completely new person.