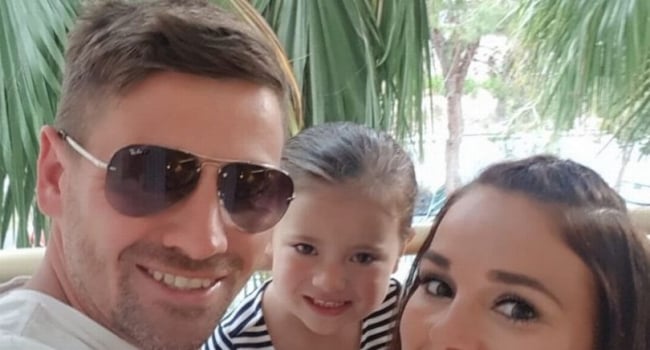 Dave Cram from the English city of Blackpool, Lancashire, thought the symptoms of sepsis was a common cold and as a result lost his left leg.

According to the Daily Star, shortly before his 40th birthday, Dave played football with friends. He hadn't been feeling well before the game, but he assumed it was a cold.

He had severe pains in his leg, which only worsened in the morning, but the doctor he contacted did not suspect something was wrong and only prescribed painkillers for him.

Less than a day later, Dave was urgently hospitalized, and only in the hospital he was diagnosed with sepsis. He was introduced to an artificial coma and sent to the operating room. Surgeons opened his left leg to sanitize infected tissue. A blood test showed that cold-like symptoms were actually early signs of a group A streptococcal throat infection that caused sepsis.

Doctors were not sure that Dave would survive, since sepsis spreads very quickly through the body and can kill in 12 hours. On the night of January 8, Dave's heart rate dropped to a critical level. His body was in a state of septic shock, both kidneys were failing, requiring the unusual use of two dialysis machines.

A few days later he was taken out of an artificial coma, and he was so weak that he survived 3 cardiac arrests in a day and multiple organ failure.

Doctors tried to cut infected tissue from his leg, but it turned out that the limb was too badly damaged, and the leg had to be amputated.

Dave underwent a life-threatening surgery on his birthday on January 16. He is still in critical condition, he will be in the intensive care unit for several months.

Dave's relatives told his story, wanting to draw public attention to the problem of sepsis. According to them, if they recognized the early symptoms of the disease, Cram’s leg could have been saved. The family also collects money through a crowdfunding site for a prosthesis and home remodeling, so that it is more convenient for Dave to move around after returning from the hospital. They have already collected 15,000 pounds.