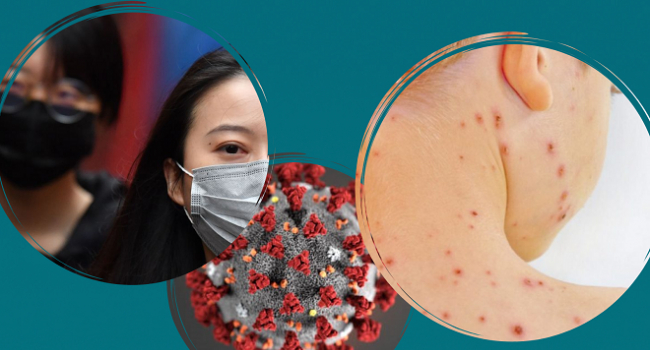 Here are the main top news as of what interesting happened in the world of medicine from February 2 to 8, 2020:

The new coronavirus, called 2019-nCoV, is spreading around the world, causing pneumonia. According to the latest data, the virus has already killed 814 people, and the number of confirmed cases has exceeded 37 560. A total of 2769 patients have been cured and discharged from the hospital.

At the end of December last year, 34-year-old Dr. Li Wenliang tried to warn colleagues about a new dangerous virus. However, he was visited by the police and forced to remain silent. The doctor himself became infected with the coronavirus while working with patients and died on February 7. His death caused a great public outcry.

Another doctor, 28-year-old Song Yingjie from the Hunan province of China, died of heart failure due to overwork: he had been checking drivers and passengers on the road for 10 days in a row due to the 2019-nCoV coronavirus outbreak.

Another coronavirus victim is 16-year-old Yan Cheng, who was not infected but died of starvation when his father was isolated on suspicion of being infected with coronavirus. The boy had cerebral palsy, and he could not take care of himself and eat on his own. Father was the only person who looked after him.

Pets also suffer from coronavirus: thousands of cats and dogs stayed home alone after their owners left and were unable to return to their hometown after quarantine was imposed.

Meanwhile, a woman infected with a coronavirus gave birth to a healthy daughter. However, there was the child born infected.

Chinese doctors published CT images of the lungs of a 33-year-old patient who became infected with the 2019-nCoV coronavirus.

Armenia received laboratory tests to diagnose a new coronavirus. All tests performed have been negative so far.

And the incidence of influenza and SARS in the country is growing. Over 10 students fell ill with influenza A H1N1 at the Yerevan school, a third of the students do not attend classes. Meanhile, Armenian Vanadzor schools are also all absent.

The chickenpox cases are also increasing, but there are no vaccines against this disease in the country.

A total of 49 people were hospitalized with intestinal infections in Syunik and Lori provinces.

In 2019, 272 cases of carbon monoxide poisoning were recorded in Armenia, 602 people were injured.

From March of this year, patients with HER2-positive breast cancer in Armenia will receive trastuzumab as part of a state order.

An interesting case occurred in Yerevan: doctors saved a 33-year-old woman with an overdose of drugs incompatible with life.

A child was born with a beard and hair all over his body in the US.

A 7-year-old Rajeshwari from India has an incurable epidermolitic ichthyosis, which makes her skin look like stone.

Meanwhile, a woman in Italy had an extremely rare condition in which she grew eyelash-like hairs in her mouth.

A 22-year-old Sal Guest from the English city of Dudley, West Midlands, did not even suspect about her pregnancy: she took birth control pills until her birth, she had her period, and her stomach almost did not grow.

The 38-year-old Robert Allen from Scotland was hospitalized after an unsuccessful suicide attempt. It turned out that he had liver cancer in the initial stages. Early diagnosis of the disease saved his life.

In 13% of cancers, scientists found viruses or bacteria - and not only the oncogenic Helicobacter pylori, human papillomavirus (HPV), hepatitis B and C viruses and Epstein-Barr virus, but also adenoviruses and baculoviruses.