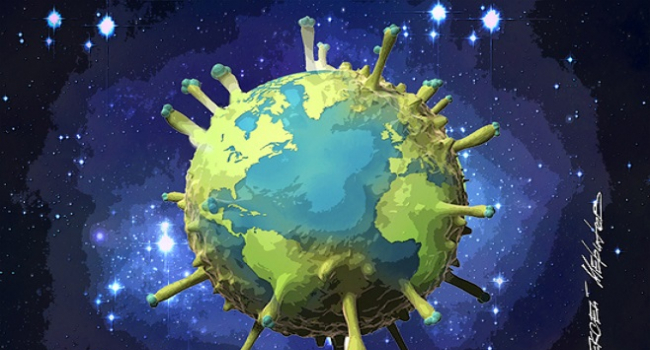 Europe has faced an increase in weekly COVID-19 cases for the first time in months as restrictions are eased, BBC reported referring to the World Health Organization (WHO).

According to him, his warnings about the risk of resurgence became a reality. And if nothing is done, health systems would be "pushed to the brink".

Over 2.6 million COVID-19 cases and nearly 195 thousand deaths have been reported in the WHO's European region. While almost 20,000 new cases and over 700 new deaths are being recorded in a day.

"For weeks, I have spoken about the risk of resurgence as countries adjust measures," Dr Kluge noted during an online press conference. "In several countries across Europe, this risk has now become a reality - 30 countries have seen increases in new cumulative cases over the past two weeks.

"In 11 of these countries, accelerated transmission has led to very significant resurgence that if left unchecked will push health systems to the brink once again."

According to Kluge, Poland, Germany, Spain, and Israel have responded quickly to dangerous outbreaks and brought them under control.

"But we have indeed to prepare for the fall, when Covid-19 may meet seasonal influenza, pneumonia, other diseases as well, because ultimately the virus is still actively circulating in our communities and there is no effective treatment, no effective vaccine, yet," he added.