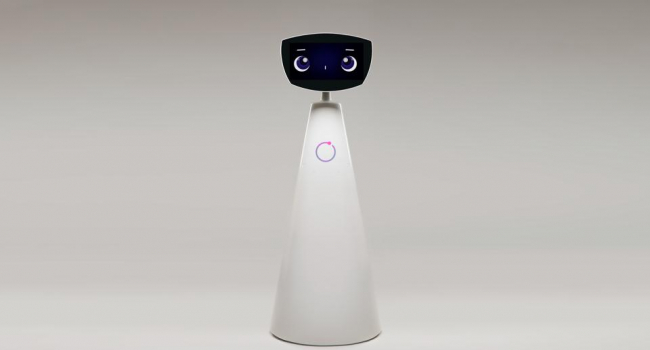 Alzheimer’s Care Armenia (ACA), in collaboration with Expper Technologies is starting to investigate the use of an emotional support robot to improve the well-being of institutionalized older adults in Armenia. The autonomous assistant, called “Robin the Robot” will assess the cognitive and psychosocial needs of elders at Nork Senior Home. The project has received funding from The H. Hovnanian Family Foundation and it is endorsed by the Ministry of Labor and Social Affairs of the Republic of Armenia. The project will begin on May 25, 2021.

After decades of work and expertise in the field of gerontology, Dr. Jane Mahakian, Founder of Alzheimer’s Care Armenia, is always seeking out innovative therapies for people with memory loss. She is known for her pioneering work in bringing sustainable elder care programs and services to Armenia.

"After seeing Robin the Robot first-hand during a meeting in Armenia, I was was intrigued by its possible therapeutic application with older people, including those with memory loss. When I met with Karen Khachikyan, CEO and Founder of Expper Technologies, I discussed this idea and the end result is a collaborative project. Given the increasing numbers of people who either have dementia or care for somebody with dementia, the need for robotic support is critical" says Dr. Mahakian.

The project study will be for a 12-week period and each participant enrolled in the study will communicate with the robot twice a week. Conversations and contact with Robin will be based on their personal interests and will include cognitive games. The robot will talk to them about their childhood memories and things that brought them joy. After completion of the study, Robin the Robot will spend the next nine months visiting the five other nursing facilities in Armenia.

Consequences of the Covid-19 crisis have impacted the already vulnerable elderly populations, especially those living in nursing facilities. As a result of strict safety measures, loneliness and isolation have increased, negatively impacting the residents physical, mental and cognitive well-being. “Our goal is to utilize evidence-based interventions in order to improve cognitive measures, lower symptoms of depression and ultimately increase the quality of life for the elderly population” says Karen Khachikyan, the CEO and Founder of Expper Technologies. "By 2050, almost one-third of Armenia's population will be over the age of 60. The prevalence of Alzheimer's disease and other dementias are on the rise in Armenia as well. The potential impact this project will have to improve the lives of the older person is monumental" says Dr. Mahakian.