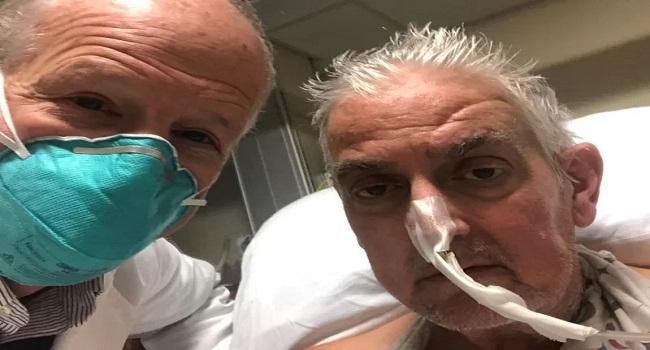 The world's first patient to receive a transplant from a genetically modified pig heart lived for 2 months. David Bennett, 57, died on Tuesday.

As BBC reports, the new heart functioned normally for some time after the operation on January 7, but a few days ago Bennett's condition began to worsen. Doctors at the University of Maryland Medical Center confirmed his death.

Bennett had a fatal heart condition, and participating in the doctor's experiment was his only chance of survival. He had been on life-support machines for six weeks before the operation, and a human heart transplant was denied.

Before the surgery, Bennett himself confirmed that he was aware how risky the experimental pig heart transplant was. Experts from the University of Maryland received special permission from the authorities to perform it, explaining that without the operation the patient would die.

"Bennett proved to be a brave and noble patient who fought all the way to the end," surgeon Bartley Griffith, who performed the surgery, said in a hospital statement.

After the surgery, the patient had time to spend several weeks surrounded by his family and to watch the Super Bowl (the final game of the National League of American Football).

Scientists have long been discussing the possibility of transplanting animal organs to humans, that is, xenotransplantation. In cardiac surgery, transplantation of some parts of the pig heart, in particular heart valves, to humans is already widely used. However, this was the first case of whole heart transplantation.

According to OrganDonor.gov, about 100,000 people in the U.S. alone are waiting for organ transplants, with 17 patients a day dying because of the shortage.