What diseases can be caused by pimples on face? 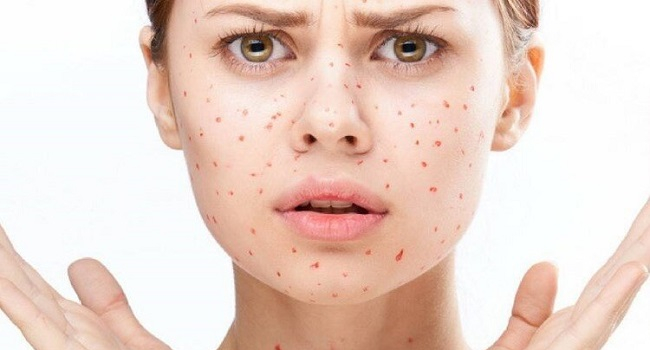 Pimples on the face can be a sign not only of improper care, but also a symptom of a number of dangerous diseases, dermatologist Ekaterina Anchikova warns about it.

The specialist told News.ru about the most serious diseases, including hypothyroidism and polypathyroidism syndrome, in which acne may occur.

If a person cleanses, moisturizes and protects the skin of the face from ultraviolet light, but still faces rashes, it is recommended to check for the presence of certain diseases. According to the specialist, acne often signals the development of pathological processes in the body due to improper nutrition, intoxication or liver problems. Also on the state of the epidermis always affects a strong deficiency of vitamins and micronutrients.

Among diseases accompanied by rashes on the skin, Anchikova named such dangerous diseases as polycystic ovarian syndrome, tumors in the endocrine organs, hypothyroidism, allergies, and problems of the gastrointestinal tract.

Acne exacerbation is also characterized by changes in hormone levels during puberty, pregnancy or the onset of menopause.

Also to the appearance of rashes in women can lead to high levels of male hormones in the blood, which causes sebum begins to be produced more intensively.

"And the increase in androgens in the blood can be the result of many diseases, including gastrointestinal diseases, kidney and liver disorders and endocrine disorders," said the specialist.