What illnesses can lump in throat signal? 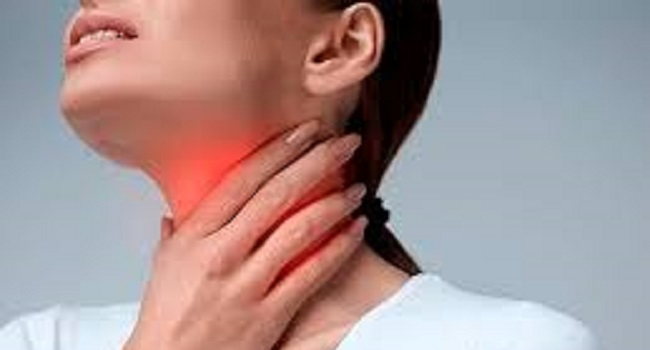 When the thyroid gland is enlarged or has a node in it, symptoms of compression of the surrounding tissues in the neck region may appear. As a rule, these symptoms are constant and may increase when lying on the back or swallowing. A feeling of a lump in the throat may indicate a number of serious health problems, told Evening Moscow Anna Kulikova, an endocrinologist of the Tver clinic of RZD-Medicine.

"A lump in the throat is a frequent complaint during an appointment with an endocrinologist. It can be with iodine deficiency (endemic) goiter, autoimmune thyroiditis, nodular goiter and other, - said the doctor. - In order to rule out thyroid disease, a thyroid ultrasound and blood tests for thyroid hormones are required.

Also, noted the specialist, a "lump in the throat" can bother with increased dryness of the mouth, such as diabetes mellitus.

In addition, such a complaint can be a symptom of diseases and other body systems.

"In pathology of the gastrointestinal tract, burping, heartburn, abdominal pain, intensification of complaints when bending over. The sensation of a lump in the throat may be with an increase in lymph nodes in the neck with pathology of ENT organs. It can also occur with neurological pain. For example, in osteochondrosis of the cervical spine", - said the endocrinologist.

According to her, the symptom of a coma in the throat is now also common in neuropsychiatric disorders, especially if the complaints arise against a background of psycho-emotional stress. As there may be many reasons for this sensation, Kulikova advises to see a general practitioner at the first stage. If on examination and questioning of the patient, the doctor suspects the presence of any diseases, he will send the patient for additional examinations and consultation with a narrow specialist.