Scientists figure out how Parkinson's disease spreads in brain 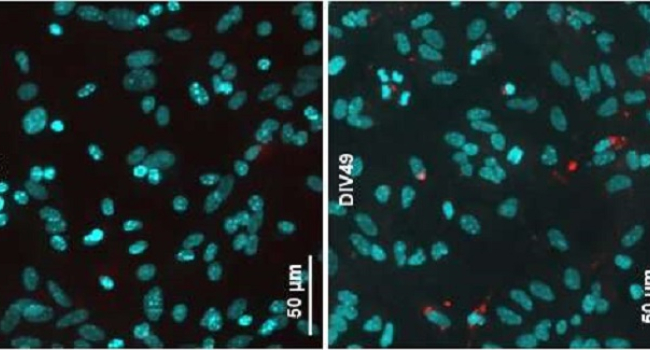 Protein alpha-synuclein aggregates, formed by misfolded proteins, spread in the brains of people with Parkinson's disease through a process of cellular waste release, according to a new study led by researchers at Weill Cornell Medicine.

During a process called lysosomal exocytosis, neurons release protein waste that they cannot break down and recycle. This discovery, published in Nature Communications, may solve one of the mysteries of Parkinson's disease.

Parkinson's disease is a disease characterized by the death of neurons in a characteristic pattern of spreading through the brain. This disease causes hand tremors, muscle stiffness, slowed gait and other movement disorders. However, it also affects a wide range of areas of the brain, resulting in many different symptoms, including dementia in its later stages.

Scientists have already discovered that neuronal death in Parkinson's disease follows the spread of abnormal aggregates of alpha-synuclein, a neuronal protein, in the brain. This spread is a process similar to infection, in which the aggregates induce normal alpha-synuclein to attach to them and, as they increase, break up into smaller aggregates that continue to spread.

In the new study, scientists found that aggregates of alpha-synuclein, which can spread and cause neurodegeneration, originate in neurons. These aggregates accumulate in capsule-like waste containers in cells called lysosomes.

Lysosomes contain enzymes that can break down proteins and other molecular wastes into their component parts, essentially digesting and recycling them. But researchers have found that aggregates of alpha-synuclein, which are bound together by strong bonds into a tightly fitting layered structure called "amyloid," are poorly broken down in lysosomes: instead, they are often simply ejected from neurons. In this process, the lysosome moves to the cell membrane and fuses with it, and the contents of the lysosome are unloaded without any cleavage, into the fluid surrounding the cell.

In further experiments, the researchers also showed that by reducing the rate of this process they could reduce the apparent concentration of aggregates capable of spreading. This, the researchers say, paves the way for future treatments for Parkinson's disease.