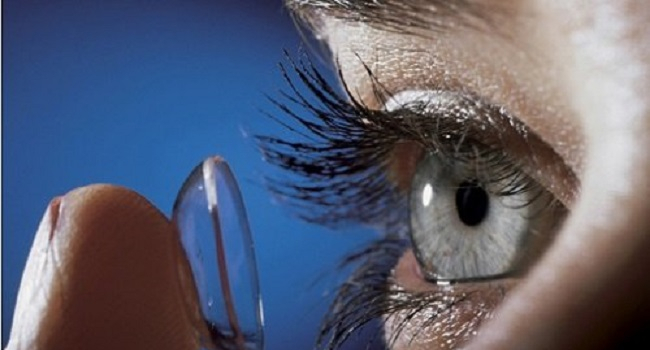 People who wear reusable contact lenses are nearly four times more likely than those who use daily disposable lenses to develop a rare eye infection that threatens vision, a study led by researchers at the University of California and Muirfields University has found.

The study, the results of which were published in the journal Ophthalmology, found many factors that increase the risk of developing acanthamebic keratitis (AK), including reusing lenses, wearing them at night or in the shower.

Acanthamebic keratitis is a type of microbial keratitis (corneal infection), a disease that results in inflammation of the cornea (the clear protective outer layer of the eye).

Contact lens use is now the leading cause of microbial keratitis in patients with otherwise healthy eyes in countries of the global north. Vision loss due to microbial keratitis is uncommon, but acanthamebic keratitis, although a rare cause, is one of the most serious and is responsible for about half the cases of vision loss following keratitis in contact lens users. Up to 90% of AK cases are associated with preventable risks, although the infection remains rare and affects less than 1 in 20,000 contact lens users per year in the United Kingdom.

For the study, researchers recruited more than 200 patients who filled out a questionnaire, including 83 people with AK, and compared them with 122 participants who went to eye clinics with other conditions, who acted as a control group.

With further analysis, the researchers suggested that 30-62 percent of cases in the U.K., and possibly in many other countries, could be prevented if people switched from reusable lenses to daily disposable lenses.