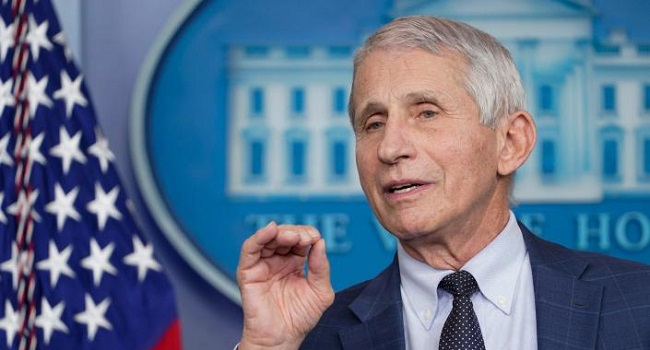 Anthony Fauci, M.D., director of the National Institute of Allergy and Infectious Diseases and chief medical adviser to the U.S. president, said he is committed to remaining completely open about how the coronavirus first appeared in Wuhan in 2019, but he would still like more information from the Chinese government, Business Insider reported.

Both scientists and followers of conspiracy theories have been seeking clear answers about the origin of the SARS-CoV-2 virus for years.

Did the virus originate naturally in a bat or other host animal, and then passed from animals to humans by spreading, perhaps in a wet market? Maybe it leaked from somewhere in the lab?

Dr. Fauci was also asked if he thought the Chinese government could help clear this up once and for all, to which the top U.S. infectious disease doctor replied in the affirmative.

However, he was careful to note that he was referring only to the Chinese authorities, who are "stumping," and not to ordinary Chinese citizens or his scientific colleagues in China, who have "made a great contribution to our knowledge."

The fact is that society, when something similar happens-even if it comes out of China naturally, they will hide it because of the feeling that they will be blamed for something, Fauci commented on the Chinese government's position.

It's natural, it's perfectly natural for conspiracy theorists who think it's a conspiracy to say, 'See? They're hiding something. And that's probably the case, said the top U.S. infectious disease researcher, adding that it may not have anything at all to do with the lab leak.

The virus may have passed from animals to people at a wet market in Wuhan.

Giving investigators access to these markets early on would be invaluable in finding clear answers about where and how the pandemic began, he concluded.