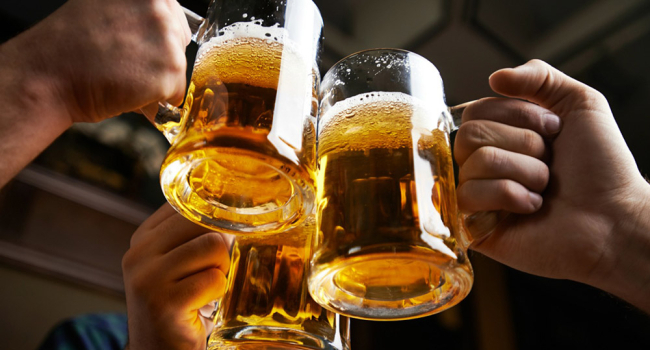 Australian researchers who studied drinking habits and frequency of dementia among 25,000 people over 60 years old have found that drinking two pints of beer a day reduces the risk of developing memory-damaging disease by a third compared with teetotalers.

Meanwhile, non-drinkers were at the highest risk and one-fifth more likely to become dementia sufferers than the biggest drinkers, who consumed at least 18 pints a week.

The researchers said their findings show that abstaining from alcohol appears to carry a higher risk of developing dementia than enjoying a drink.

However, the experts noted that while drinking alcohol may offer some protection against dementia, excessive drinking is toxic to the brain.

As the number of dementia cases worldwide triples in the next 30 years, a group of experts led by Dr. Louise Mouton said it is crucial to reduce risky habits that can contribute to this increase.

Previously, experts estimated that four out of 10 cases of dementia worldwide could be prevented or delayed if certain risk factors, including excessive alcohol consumption, were eliminated.