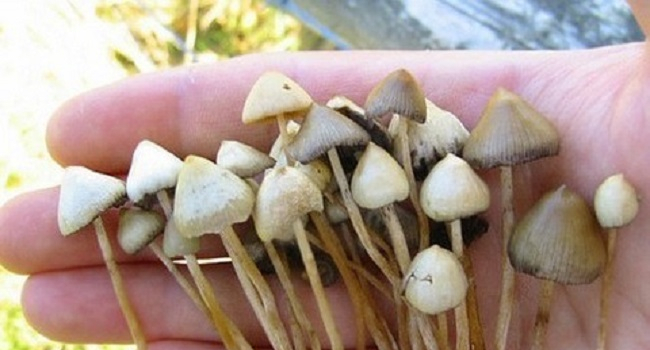 A woman who battled cancer relapsed once she stopped taking marijuana and hallucinogenic mushrooms, doctors said.

The 49-year-old woman, believed to be living in the United Kingdom, was diagnosed with stage 4 breast cancer in August 2018. Scans showed it had spread to her bones, liver and lymph nodes.

She immediately underwent chemotherapy and received monoclonal antibody medication to fight the disease.

But the woman also decided to start taking cannabis oil every day.

And starting in November, she began taking occasional microdoses of hallucinogenic mushrooms, according to the doctors who treated her.

By January 2019, scans showed that the cancer was completely gone and there was no sign of the disease.

The chemotherapy was stopped, but she continued to take Herceptin, one of the monoclonal antibody drugs she had originally been prescribed.

A follow-up scan in September confirmed that the cancer was still in remission.

As a result, she halved her cannabis use and completely stopped taking mushrooms.

In total, the woman remained cancer-free for 18 months.

In June 2020, tests showed the disease had returned, experts from Imperial College London wrote in the journal Drug Science.

After that diagnosis and under her doctor's supervision, she increased her dose again, resumed chemotherapy and began radiotherapy.

At the time of her last checkup in October, her condition was stable. Doctors even claimed that there were signs that the disease was receding again.

Doctors said this underscores the possibility that both drugs could help maximize traditional cancer treatment.