World violence rates can be cut in half by 2040 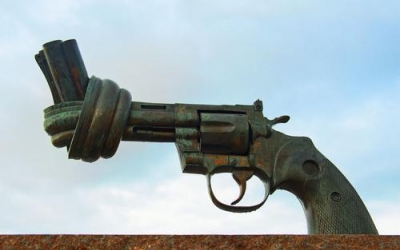 The first Global Violence Reduction Conference in Cambridge will convene 150 experts in violence prevention this week at the Institute of Criminology, University of Cambridge. The fact of declining homicide rates in many parts of the world is expected to have dramatic impact. Estonia, Hong Kong, South Africa, Poland, and Russia, according to the United Nations Office on Drugs and Crime, have seen average recorded homicide rates descend by 40 percentage points or more in the course of just 15 years.

In fact, out of 88 total countries analyzed, 67 showed a decline and only 21 showed an increase in violence between the years 1995 and 2010. Based on this data, researchers say, violence rates can be halved by 2040 if the right policies are identified and implemented, Medical Daily reported.

The conference intends to establish a roadmap for reducing global rates of interpersonal violence, a dramatic problem in many areas of the world. During the 21st century, for instance, the total body count attributed to homicide — eight million people since 2000 — is higher than those killed in all wars combined. Around 30 percent of women have experienced domestic violence, while estimates suggest one in seven children across the planet has been a victim of sexual abuse.

Despite the many grim statistics, violence experts believe some cause for optimism still exists. Interpersonal violence, for instance, has been steadily declining for hundreds of years. "In London, the risk of being murdered has declined by a staggering 99 percent from the late Middle Ages to the present day,” said Dr. Manuel Eisner, director of Cambridge's Centre for Violence Reduction. “In the last 10 years alone, the number of homicides in London has been cut in half, from around 200 in 2003 to less than 100 in 2013.”

By comparison, developing nations are lagging in the effort to prevent and reduce violence. Almost half (45 percent) of all homicides worldwide are committed in just 23 countries where only one-tenth of the world’s population resides. Worse, some countries, primarily those in Latin American, are witnessing increases in homicide and little is known about trends in much of Africa. Analysis shows that societies with the highest murder rates — including El Salvador, Congo, and Russia — suffer from a mix of corruption, highly profitable illegal markets, low investment in public health and education, and an ineffective police force untrusted by citizens.