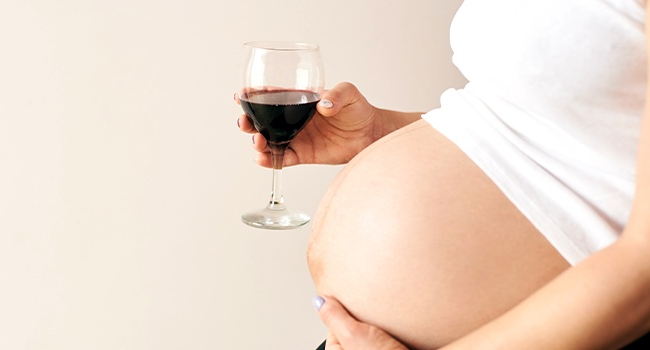 A baby's brain can develop with a delay, and it can also undergo structural changes if its mother consumes even small amounts of alcohol during pregnancy. The results of a study by scientists from the Medical University of Vienna in Austria will be presented at the annual meeting of the Radiological Society of North America.

The researchers analyzed fetal MRI scans of 24 pregnant women at 22 to 36 weeks. All of them had consumed alcohol during pregnancy. Researchers found that the babies had a significantly lower overall maturation rate than the control group. In addition, the right superior temporal sulcus was smaller, an area of the brain involved in social cognition, audiovisual integration and language perception.

Changes in the brain were seen in fetuses even if the mother drank some alcohol. Seventeen of the 24 women drank alcohol infrequently; on average, the women drank less than one glass of alcoholic beverage per week.