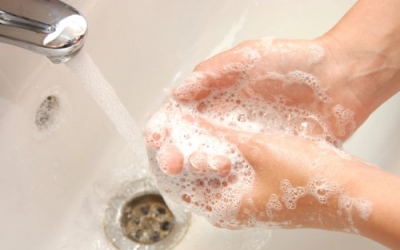 A staggering 62 per cent of men do not wash their hands after going to the bathroom, a survey has revealed.

And while women are slightly better than men, 40 per cent admit they too share this dirty habit.

The survey of 100,000 people, carried out by a washroom services company, was the largest ever analysis into hand-washing habits.

It has launched a new product, Initial Hygiene Connect, which it claims causes 50 per cent more people to wash after visiting the toilet.

The product involves putting sensors on bathroom doors and soap dispensers to monitor how many people go to the bathroom and wash afterwards.

The anonymous data is then reported back to workers in real-time on LCD TV screens in the bathroom.

Initial found workers changed their behaviour after seeing the data.

Hand washing rates rose to 90 per cent within two days of the data being displayed, before stabilising between 80 per cent and 85 per cent.

The product was piloted across different types of businesses such as education, office and retail facilities as well as other sectors where good hand hygiene is essential.

A previous study by the firm found that after using the loo, a person has on average 200m bacteria per square inch on each hand.

People can then transfer the bacteria to their hands or mouths, as well as on to doors, keyboards, phones.

This means office workers come into contact with an average 10 million bacteria a day.