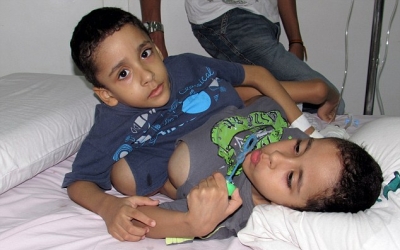 The parents of five-year-old conjoined twins have spoken of the determination of their son who survived an operation to separate him from his brother who died.

When twins Artur and Heitor Rocha were born in Bahia, Brazil to parents Eliane and Delson, they were connected at the abdomen and shared a bladder, intestines, liver and genitals.

The pair had to be separated as Heitor's bodyweight was pressing on Artur's spine causing him frequent pain and pressure on his internal organs.

Conjoined twins are usually separated before their first birthday, but the pair were too weak and did not have enough skin to cover their wounds post surgery.

However, they eventually underwent surgery at the Children's Maternity Hospital in Goiana, after Mr and Mrs Rocha, who also have a daughter called Cecelia, wanted to give their sons a better quality of life.

But just two days after the operation Artur became weak, suffering a fever and died after suffering a cardiac arrest.

Heitor recovered from the operation and growing stronger and learning how to walk.

But Mr and Mrs Rocha say Artur is acting as his brother's guardian angel as he adapts to life without him.

Mrs Rocha said: 'It was very difficult. We were always positive. We always thought we'd go home and be even happier as a family.

'I told Heitor not to worry because Artur is living in his little heart, and has become his guardian angel.'

Before the surgery, the twins spent most of their life staying near the hospital in Goiania and loved playing together while filming charming video messages for their thousands of well-wishers on social media.

But they were also excited about the prospect of being separate, playing their own games and doing things on their own.

Mrs Rocha, 38, added: 'When I talked to them about the big surgery, they said they want to be separated.

'It's not just mine and my family's will, it's theirs too. They want to be independent. They want to make their own decisions about where to go.

'They'd want to play different games, or go to different places and we had to try and make them understand that they had to take turns.

Surgeons then prepared the brothers for the 18-hour surgery by undergoing 15 procedures to grow extra skin using silicone expanders implanted around their middle.

Paedatrician Dr Zachariuas Calil then carried out the operation, which included having their intestines and liver divided.

Dr Calil said: 'The large and the small intestines are shared, there is only one bladder and one set of genitals.

'The moment you separate, the body reacts catastrophically. It's mind-blowing, you have to anticipate all the complications.'

And while the medical team were devastated by the loss of Artur, Dr Calil is pleased with Heitor's progress.

He added: 'He's eating a normal diet. His intestines are good, and his one kidney is working perfectly.' 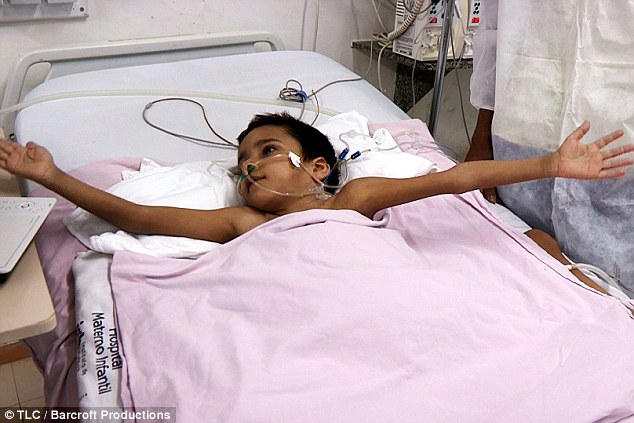 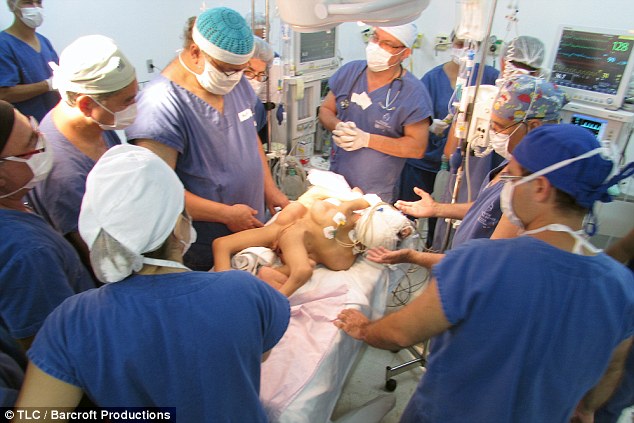 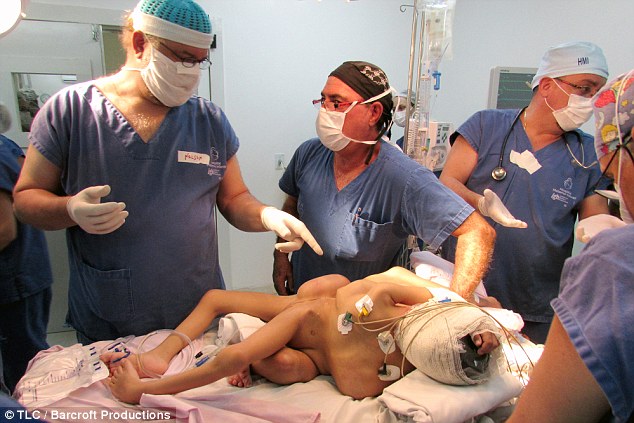 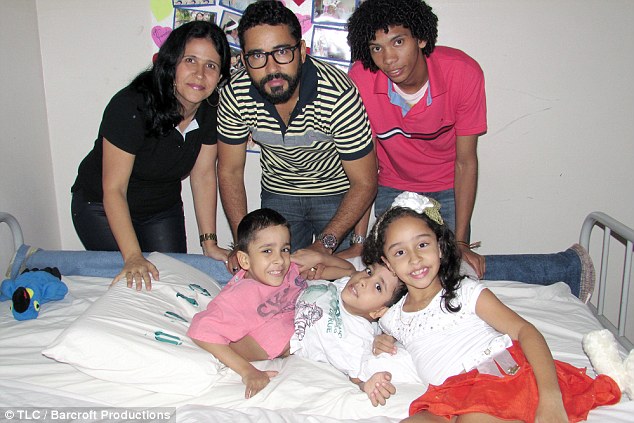 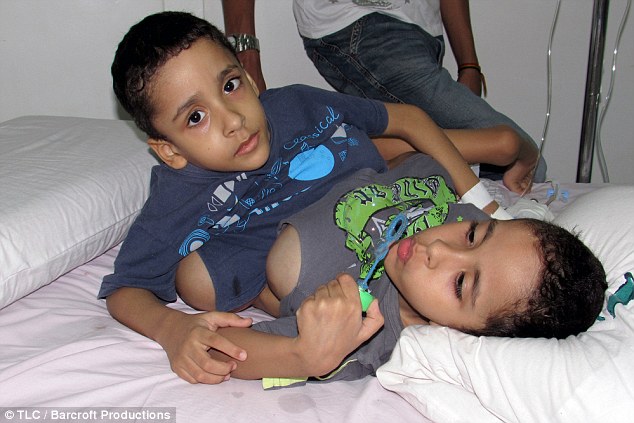