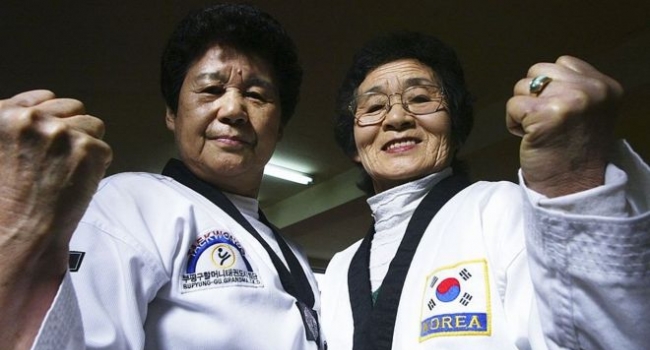 South Korean women will be the first in the world to have an average life expectancy above 90, a study suggests.

It predicted all would see people living longer in 2030 and the gap between men and women would start to close in most countries.

The researchers said the findings posed big challenges for pensions and care for elderly people.

"And so far, they are better at dealing with hypertension and have some of the lowest obesity rates in the world."

The data also forecasts that Japan, once the picture of longevity, will tumble down the global rankings.

It currently has the highest life expectancy for women, but will be overtaken by both South Korea and France, the study suggests. Meanwhile, male life expectancy will go from the fourth highest to 11th out of the countries studied.

The US also performs poorly and is on course to have the lowest life expectancy of rich countries by 2030.

The study predicts an average age of 80 for men and 83 for women - roughly the same state Mexico and Croatia will have achieved.

"They are almost opposite of South Korea," added Prof Ezzati.

"[Society in the US is] very unequal to an extent the whole national performance is affected - it is the only country without universal health insurance.

"And it is the first country that has stopped growing taller, which shows something about early life nutrition."

The US will be overtaken by Chile, where women born in 2030 will expect to live for 87 years and men for 81.

The study, published in the Lancet, also shows the gap in life expectancy between women and men is closing.

"They smoked and drank more, and had more road traffic accidents and homicides, however, as lifestyles become more similar between men and women, so does their longevity."

Much of the increases are due to improvements for the over-65s rather than reductions in deaths during childhood.

The study made the projections in a similar way to the methods used by meteorologists to forecast the weather.

It combined 21 separate mathematical models that analysed past trends to make projections into the future.

It assumes countries continue to progress as they are, so exceptional, unpredictable events equivalent to the fall of the Soviet Union, or huge breakthroughs like a vaccine for all cancer, would massively alter the forecasts.

In summary, Prof Ezzati said: "Places that perform well do so by investing in their health system and making sure it reaches everyone."