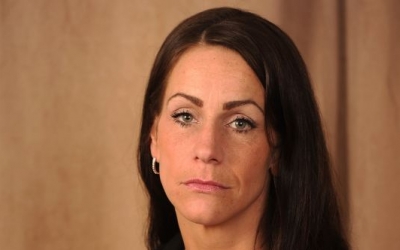 Corraine Casey, now 35, smoked heroin while pregnant and even during labour. As a result, her daughter Georgia, now 11, was born addicted to the drug.

Now Corraine says she will never forgive herself because her daughter was born an addict. The newborn girl went through a detox, and doctors had to give her methadone orally to help prevent her suffering from withdrawal symptoms.

“The midwives had been lovely during my labour but all that changed after Georgia was born and I was moved to the ward. I could sense the staff staring at me. I was the evil mother whose baby was born addicted to heroin,” Corraine told Daily Mail (http://www.dailymail.co.uk/health/article-2593266/My-baby-born-heroin-addict-Mother-says-never-forgive-taking-drugs-pregnancy.html).

Even when she realized her daughter was a drug addict and had to receive a treatment, Corraine couldn’t think about anything other than getting a fix. But soon she understood that she had a problem and needed help.

Over the next few weeks both mother and daughter were weaned on to smaller doses of the heroin substitute under the care of the hospital. After a month, they were discharged clean and into the care of Corraine’s mother.

Corraine became a drug addict many years ago, after smoking a drug with the friends of her boyfriend. Back then she did not think she could become addicted. Yet she did become addicted, and though she had two daughters, she spent all her money on buying drugs. She even sold her TV set to buy heroin. “The kids were upset they couldn’t watch cartoons. But nothing mattered but drugs,” she said.

So Georgia was Corraine’s third daughter. Corraine managed to stop smoking heroin when she was pregnant with the elder daughters, and she thought she could do the same during the third pregnancy. “As soon as I found out I told myself I would stop using like I had before. But this time it was impossible. Every time I got high I kept telling myself it would be the last time but it never was,” she said.

Corraine was terrified that midwives would discover she was a drug addict, so she missed all her appointments and continued to smoke heroin up to five times a day — and even when she went into labour.

Now Georgia is 11 years old. Doctors say it’s a miracle that Georgia has suffered no long-term ill effects as a result of her mother's drug use.

After giving up on drugs Corraine met her husband and gave birth to other children, too. Now she’s a mother of seven children and she says she has not touched drugs since Georgia was born. Because of the guilt she felt she decided to train as a volunteer support worker to help others in battling substance addiction.