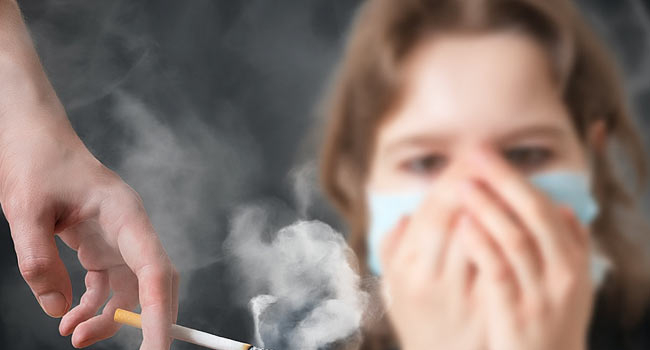 Pulmonary emphysema is a disease in which the structures of the alveoli are destroyed, and excess air begins to accumulate in the lungs.

During the study, scientists exposed the rats to tobacco smoke for five days, several hours a day. As a result, it was found that tobacco smoke is capable of causing an inflammatory reaction in the lungs that violates the functions of this organ.

Four months of secondhand smoke is enough to make significant changes in the lung tissue, the study authors noted.

For four months of second-hand smoke in the lungs, the growth of cells of the inner walls of blood vessels slows down, serving as a barrier between the inner space of blood vessels and surrounding tissues. According to experts, a similar process is observed in the lungs of people some time before they develop COPD, chronic obstructive pulmonary disease.