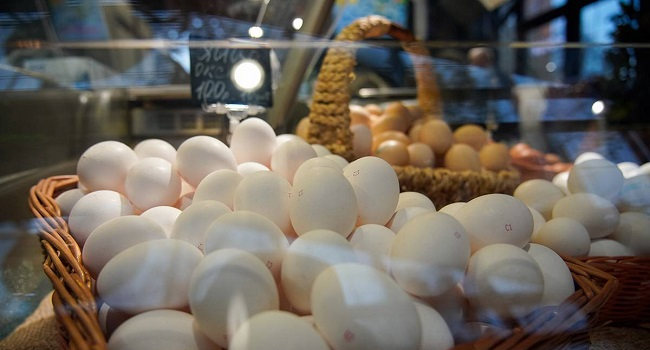 Pediatrician Ilya Bogdanov told what products should not be given to a child in any case.

Despite the popular belief that self-grown fruits and vegetables are safe, this is not true. Experts warn, even such vegetables and berries should be washed before consumption, Evening Moscow reported.

"Even cucumbers should be washed with soap, because we don't know where they lay. And it's desirable to peel them, because we do not know what they are treated with. Even strawberries should mostly be doused with boiling water," Bogdanov said.

There is also a popular opinion about the benefits of eating raw eggs. It is believed that it can strengthen the immune system. But in fact, it can cause serious problems not only for children, but also for adults. Eating raw eggs very often leads to infection with salmonellosis, the expert said.

Eggs and scrambled eggs can also be a source of problems because of their whole yolk. Bogdanov advises always breaking the yolk so that it is completely cooked.

Dangerous infections contain and steamed milk. It should also never be given to children, because they can catch a disabling disease.

"This disease, which we are very afraid of, is called tick-borne encephalitis. It is also transmitted through raw milk. Not necessarily through a tick bite," the doctor said.

In addition, undercooked meat should not be given to children either. If a small child is given a piece of raw meat, it may end up very sad for the body, the expert noted.