Atypical symptoms of heart attack: What to know? 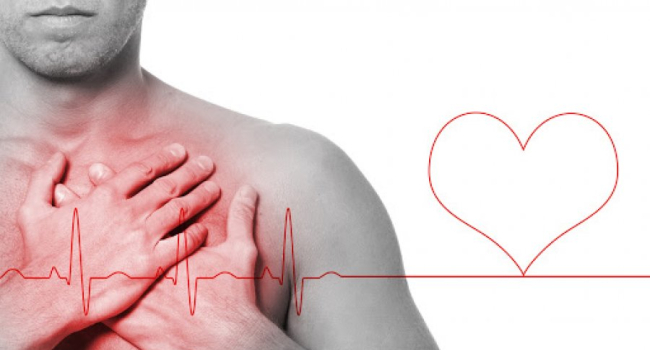 A heart attack can be accompanied not only by sharp pain in the left arm and under the shoulder blade, but also by a number of atypical symptoms, such as coughing, dizziness, and choking, internist Neya Georgieva and cardiologist Anna Droganova.

The doctors told Lenta.ru the main signs that may indicate a heart attack.

Myocardial infarction is an acute damage of heart muscle due to coronary artery thrombosis, explained Droganova. Due to atherosclerosis, coronary arteries gradually become narrowed or completely blocked by a thrombus, resulting in poor blood supply to the heart and tissue necrosis begins. Due to the death of even a small area, the heart muscle will not be able to work to its full capacity, and therefore the heart rhythm is disturbed. In the case of an extensive heart attack, death is possible.

A typical sign of myocardial infarction is pain syndrome. Most often, the patient complains of pain behind the sternum of varying intensity, but as a rule, it is more pronounced and may "give" in the interscapular space, neck, left arm.

As noted by Droganova, the nature of pain in myocardial infarction is burning, pressing, compressive. But most importantly, unlike an attack of angina, it does not go away in a few minutes and may be accompanied by a strong fear of death, shortness of breath, chills, and a sharp weakness.

Among the non-obvious symptoms Georgieva attributed sharp, sharp, "dagger" pain in atypical places, not behind the sternum, but in the throat, fingers, thoracic spine, and in the solar plexus, jaw.

The painless form of a heart attack may begin with coughing and choking, swelling, dizziness, and fainting. The course of the pathology may also be mild, with minimal pain behind the sternum, to which the person does not pay attention, and the infarction is later accidentally detected by taking an ECG.