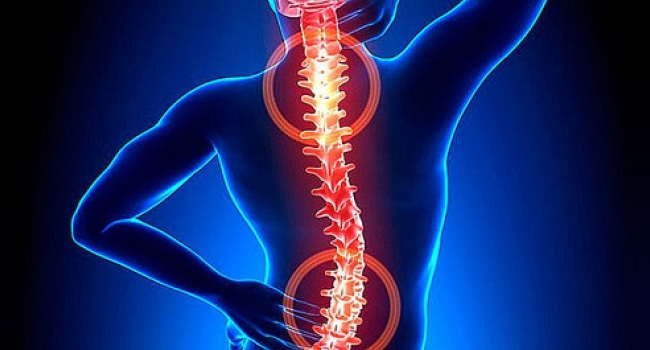 A single injection is filled into the spinal joints. It contains a liquid called ExoFlo, which is made up of billions of tiny cells known as exosomes - each the size of a human hair. These healing cells, which are found in bone marrow, are encased in a layer of fat.

The exosomes, which were only discovered in the 1980s, are thought to play an important role in cellular repair by quenching inflammation.

They also contain growth factors, which are needed to repair and revitalize damaged cells throughout the body, and genetic material that can improve the function of various cells.

After scientists at Direct Biologics in the U.S. perfected a way to mass produce them using the bone marrow of a young healthy donor, in addition to back pain, these cells are being tested for use in a range of diseases, from tennis elbow (a tendon disease - ed.) to Crohn's disease.

In the study, the results of which were published in the International Journal of Science and Research Archive, some patients who were injected with fat bubbles experienced an 80 percent reduction in back pain within a month of the injection.

Degenerative disc disease, in which the discs that cushion the bones of the spine deteriorate over time, is one of the most common causes of low back and neck pain. It is estimated that about 40 percent of people 40 years of age and older have at least one degenerative disc. By the age of 80, this figure rises to 80%.

The main symptom is low-level chronic pain with occasional bouts of more severe pain, often with pinched or compressed nerves.

Treatment includes pain medications, physical therapy, and disc replacement surgery. In the new exosome treatment, doctors take a tiny amount of liquid containing exosome bubbles -- about a tenth of a teaspoon -- and inject it into the injured joint in the spine.

The fluid is supposed to trigger the healing process, reducing inflammation and promoting the growth of healthy cells to restore the cushioning ability of the joint.