Court sentences Elizabeth Holmes, who promised to do 200 anlysis on drop of blood from her finger, to 11 years in prison 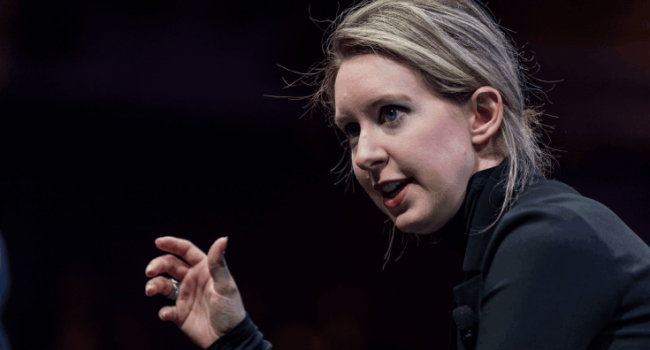 A court in California sentenced the founder of the startup Theranos to 11 years and three months in prison for conspiracy and fraud, NBC News reported. The amount of compensation she will have to pay will be determined by the court at a later date.

Holmes promised investors that her innovative device would be able to quickly perform more than 200 tests with just a drop of blood from her finger. However, over the years of development, the company has failed to provide a prototype device that meets the claimed requirements, nor any convincing scientific articles.

Elizabeth Holmes founded Theranos in 2003. The startup was supposed to develop technology that could perform full-fledged laboratory tests on a couple of drops of blood from a finger and allow a diagnosis. Holmes managed to raise $900 million in investment for the idea, and the startup itself was valued at $9 billion. Theranos developed several prototypes of such compact labs, but none of them could deliver the results Holmes promised in her interviews.

For more than a decade, Theranos had not published a single scientific article about its technology, but that didn't stop Holmes from raising more and more money. After a series of exposé articles in The Wall Street Journal and a book by the publication's journalist about the startup, Holmes announced in 2018 that she was shutting down the company. People complained that Theranos' machines were giving false test results, including HIV and cancer marker tests. It also turned out that employees who pointed out flaws in the prototypes were threatened and forced to commit fraud. Lawsuits poured in against the company, and Holmes was banned from executive positions at public companies for 10 years. In the summer of 2018, the U.S. Attorney's Office for the Northern District of California filed fraud charges against Holmes and her partner, Ramesh Balwani.

In January 2022, a jury found Elizabeth Holmes guilty on 4 of 11 counts related to conspiracy and wire fraud, charges she faces up to 20 years in prison. At the same time, Holmes was found not guilty on the charges relating to the deception of patients. Now, prosecutors have asked for 15 years in prison and $804 million fine for Holmes. Attorneys for the founder of Theranos provided the court with more than 100 letters of support for Holmes and insisted on 18 months of house arrest and community service. At trial, Holmes said in tears that she regretted her mistakes and that she had let people down.

The judge listened to all parties, including the victims, and ruled that Elizabeth Holmes would have to spend 135 months in prison (11 years and 3 months), but she was given a reprieve until April 2023. Holmes is pregnant and also has a 15-month-old son and her lawyers intend to appeal the sentence.