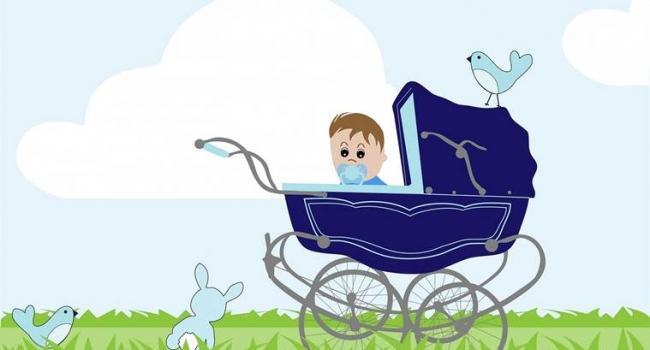 Even if you think it will protect your baby from the sun's glare, you should never cover over a pram with a blanket.

This is because even a thin cover, such as a muslin, can raise the temperature dramatically, as well as increase the risk of SIDS (Sudden Infant Death Syndrome).

The advice comes from Svante Norgren, a paediatrician at the Astrid Lindgren children's hospital in Stockholm.

Swedish researchers said a muslin cloth or a blanket covering over a pram could both reduce air circulation and create an intense heat.

A Swedish study investigated the claims, and found a covered pram that was left in the sun became 15 degrees hotter than a pram left uncovered.

'It gets extremely hot down in the pram, something like a thermos', he said, speaking to the Swedish Svenska Dagbladet newspaper.

'There is also bad circulation of the air and it is hard to see the baby with a cover over the pram.'

He explained that if a child were to get too hot, they may think they are back in the womb again and 'breathing may stop'.

A Swedish study carried out by the paper found a covered pram that was left in the sun became 15 degrees hotter than a pram left uncovered.

Sudden infant death syndrome can also be caused by overheating, and avoiding thermal stress has been one of the strategies used to reduce the risk of SIDS.

It was recommended parents leave their sleeping baby’s face uncovered to protect them from overheating.

Parents are encouraged to try and keep their children inside during the hottest part of the day, generally between 11am and 5pm.