Getting to know the disease: Fibromyalgia 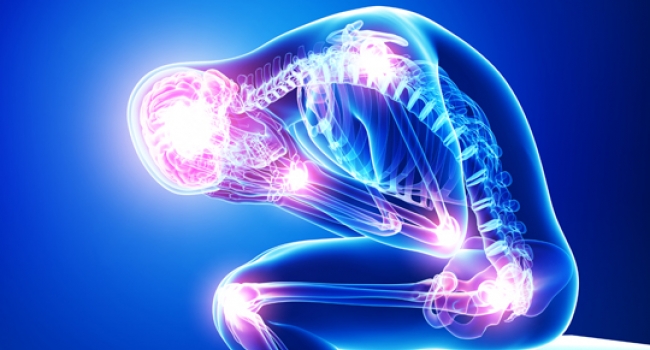 Experts and people who live with fibromyalgia explained to Medical News Today some of the most commonly misunderstood facts about the condition and how best to live with it.

Doctors and patients alike state that fibromyalgia is a very real condition.

Pain is often subjective and can be difficult to measure. As a result, the most common misconception about fibromyalgia is that it isn't a real condition. Both doctors and people with fibromyalgia agree that this statement is absolutely not true.

"The most common and pervasive myth about fibromyalgia (amongst the medical community and at large) is that 'it's all in your head,'" said Dr. Donnica Moore, president of Sapphire Women's Health Group.

"While we don't know the exact mechanism of fibromyalgia, we do know that it is a diffuse, complex pain syndrome characterized by patterns of muscular tenderness on both sides of the body called trigger points."

Dr. Moore added, "sometimes the condition can begin for no apparent reason. In other situations, secondary fibromyalgia arises as a result of chronic sleep deprivation, viral infections, Lyme disease, arthritis, hypothyroidism, or other conditions."

Charlene Hoffman was diagnosed with fibromyalgia in 2014. She told MNT that she's dealt with people, including doctors, who have told her that the condition and its symptoms weren't real. Her advice is don't doubt yourself and how you feel:

"I have had people tell me that it's just all in my head. Doctors still aren't that well versed in the condition and rarely know how to treat a person, let alone diagnose someone with [fibromyalgia]. I just ignore the people that don't understand because they haven't had to deal with it themselves.

My real friends will accept me how I am. As for the doctors...anytime I go to a new doctor, I take all my records as well as educational information on some of my rarer issues, including [fibromyalgia]."

2. It only affects older women

Another widely accepted myth about fibromyalgia is that it only affects older people, particularly women.

According to the National Institute of Arthritis and Musculoskeletal and Skin Diseases (NIAMS), around 80 to 90 percent of those diagnosed with fibromyalgia are women. However, it's a common condition that can also affect men and younger people.

Those living with fibromyalgia say that this widely accepted myth can make it more difficult to manage the disorder on a daily basis.

"The first [misconception] that I overcame was the stigma of 'you are too young.' Many people think that only middle-aged housewives or people of a childbearing age can be diagnosed, or that it is purely a 'woman's problem,'" said Emily Trimnal, a 28-year-old freelance writer and blogger, who was diagnosed with fibromyalgia at age 13. "This is untrue."

Trimnal gave MNT her advice for those living with fibromyalgia and for those who don't know much about the condition:

"The easiest way to overcome misconceptions that people have is to educate them. I'm very open about my health issues, but I also make sure to not parade them around or incessantly post about them, as there is a very fine line between talking about it and becoming a martyr to your condition."

3. The pain is minimal and does not affect everyday life

For some people with fibromyalgia, the pain may be so severe that they are unable to do the things that they would otherwise love to do. Its negative impact on a person's quality of life is what often makes fibromyalgia so difficult to manage.

"I am a skilled artist, but painting and creating are hard on my body because of the repetitive motions," said Heidi Moseley, who was also diagnosed with the condition as a child.

Headaches, migraines, and chronic fatigue may be so severe for people with fibromyalgia that day-to-day activities are heavily impacted.

"I am in so much pain after a few hours of painting. It can take weeks to get back to normal. My baseline of pain is a constant four to five at all times. I always hurt. I can't get comfortable."

In addition to pain, fibromyalgia can cause a host of other problems, including:

In combination with the pain and tenderness, these other symptoms can seriously impact everyday life and the ability to live a normal life. People may be required to take more medications to treat these problems as well. This can be inconvenient for anyone, let alone someone managing constant pain.

It's true that fibromyalgia is not an easy condition to diagnose. That's because there is no clear cause to look for. The main symptom of fibromyalgia is pain and tenderness throughout the body, but severe fatigue, sleeplessness, and memory or focus issues are also very common.

It remains unclear what causes these symptoms in the first place. The NIAMS say that there are probably numerous factors involved that increase the risk of triggering fibromyalgia:

A physically or emotionally traumatic event such as a car accident

Connection with another illness

Problems with the central nervous system, contributing to how the brain processes pain

In order to diagnose fibromyalgia, doctors will most often ask people to describe their pain. No diagnostic tests like X-rays or blood tests are needed to diagnose the condition, but doctors may order them to rule out other health problems.

Unfortunately, many people with fibromyalgia go to more than one doctor before receiving a diagnosis because of these commonly accepted misconceptions about the condition. It is important for people to find a doctor with whom they feel comfortable and whose thoroughness they trust.

This does not mean that fibromyalgia is impossible to diagnose, however. The American College of Rheumatology outline the criteria accepted by the medical community that are needed to diagnose fibromyalgia.

Three checkpoints are necessary for a doctor to be able to diagnose fibromyalgia.

Pain and symptoms over the previous week, based on the total number of painful areas out of 19 body parts

Symptoms lasting at least 3 months at a similar level

No other health problem to explain the pain and other symptoms

Alongside the pain and symptoms a person has felt over the previous week, they must also experience fatigue, waking up still feeling tired or unrefreshed, memory or thought problems, or other general physical problems.

Rather than administering a "tender points" exam that doctors used to rely on in the past, updated guidelines give more importance to the second and third checkpoints to diagnose fibromyalgia.

In 2004, the United States Food and Drug Administration (FDA) approved pregabalin to treat fibromyalgia. This drug is also used to treat several pain conditions and epilepsy.

Doctors may recommend a number of over-the-counter medications to relieve pain including:

They may also suggest a prescription pain medication such as tramadol, but are unlikely to prescribe any narcotics. This is because narcotics can worsen pain over time and lead to dependency. Some antidepressants, such as duloxetine and milnacipran, may help with pain and fatigue as well.

Experts also suggest taking regular exercise, maintaining a healthful diet, and getting plenty of sleep. In addition to traditional medications, some people with fibromyalgia may also benefit from alternative therapies in combination with, or instead of, these medicines.

"What's 'best' is whatever works for an individual patient. In addition to medications...regular mild to moderate exercise therapy is considered an integral part of any fibromyalgia treatment regimen," said Dr. Moore.

"Aerobic exercise is recommended when possible, although yoga and Tai chi are also highly recommended. Adjunctive therapies, such as acupuncture and massage therapy have also shown to be helpful."