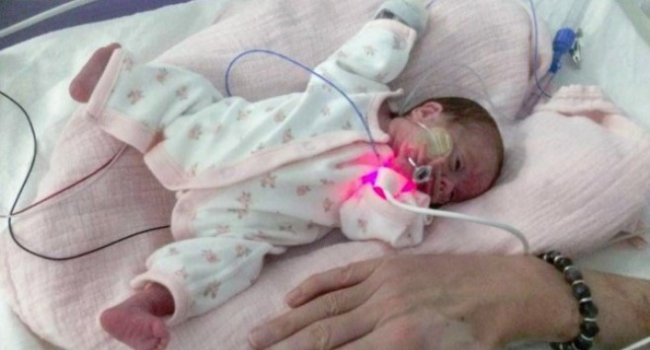 A girl born on the 23rd week of pregnancy is recognized as the UK's youngest baby, The Sun reported.

According to the source, Edie Madoc-Jones weighed 1lb 4oz, was the size of her mum’s hand and her skin was see-through.

During the first two weeks of life, the girl had to deal with such health problems as cerebral hemorrhage, lung collapse, pneumonia, sepsis, low platelet counts and hemoglobin. In addition, she suffered an emergency eye surgery.

Edie's condition was so severe that the doctors did not rule out the possibility of death, but the girl managed to survive. She spent 109 days in the hospital.

Baby just one day older than the most premature baby in the world - baby Seibi from San Diego. Meanwhile, her parents hope that she will be included in the Guinness Book of Records.