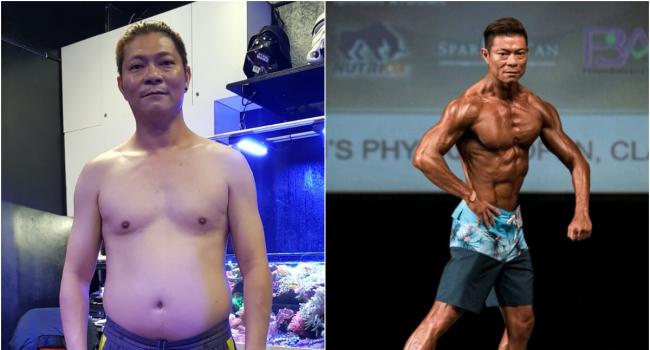 A Singapore man managed to recover and participate in bodybuilding competitions contrary to doctors’ expectations.

Kellvin Lim, 46, suddenly collapsed when he was about to leave his house for work, Asia One reported. His wife thought he was joking, but it turned out that the man suffered a stroke.

Kellvin he had to undergo a surgery, but doctors said the chance of surviving the surgery was only between five and 10 per cent. After a surgery he was stuck in a wheelchair.

Once he decided to change his life and started training. In 2017 he went to gym and to the pool rejecting harmful food habits. He lost around 20 kilos

He got rid of his wheelchair, and bodybuilding became his passion. Kellvin Lim became the second runner up of the 2018 Fitness Ironman bodybuilding competition.