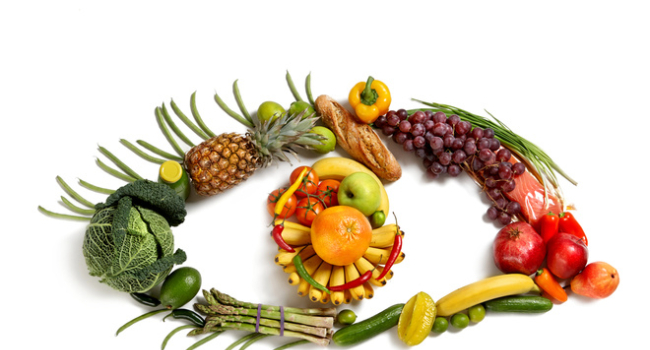 Some foods can be good for eye health, according to nutritionist Carolyn Williams.

According to Yahoo Life, vitamin A is very good for the eyes, because it strengthens the cornea and increases visual acuity. Lack of this vitamin in the body can lead to problems with the synthesis of the visual pigment rhodopsin, resulting in so-called night blindness - the inability to clearly see objects at dusk or in the dark.

The nutritionist named 8 foods rich in retinol (vitamin A) and other substances that are good for the eyes.

First of all, yams are rich in this vitamin. It contains carotenoids that act as antioxidants.

Spinach, kale, and eggs also promote eye health-they are rich in lutein and zeaxanthin, which protect the retina. These pigments work as antioxidants and also absorb a significant amount of blue light rays, preventing them from penetrating the eye so that light-induced free radicals don't damage cells.

The nutritionist also advises including zinc-containing oysters in the diet.

"Zinc is needed to activate more than 300 enzymes in the body, it maintains the structure and stability of proteins in the retina and protects its cells, preventing and slowing vision loss, along with other antioxidants such as selenium," said the specialist.

Vitamin E is also essential for the health of cells throughout the body, including the eyes. To make up for the deficiency and maintain a normal balance of this vitamin in the body, the specialist recommends eating a handful of almonds every day.

For people with dry eye syndrome the specialist advises adding oily and omega-3-rich fish such as trout, mackerel, sardines and salmon to their diet.

The specialist also recommends including papaya in your diet, which contains lycopene and vitamin C that slow down the development of cataracts.

Beans were also on the list of healthy foods for the eyes: The nutritionist said that it is important for health to replace foods with a high glycemic index (such as refined grains, snacks and drinks with added sugar) with foods with a low glycemic index and high fiber content, such as beans and whole grains.