How friendship of 2 Armenians changes course of Boston University's history? 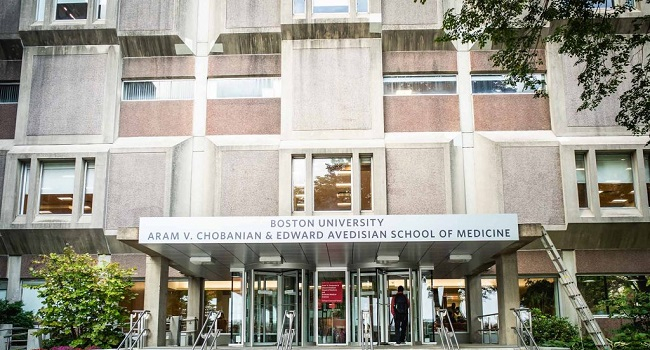 The names of best friends Aram V. Chobanian and Edward Avedisian will now be forever linked in the new name of Boston University Medical School. Thanks to Avedisian's $100 million donation of scholarships, support for some faculty departments, and cutting-edge research and teaching, the school will be renamed the Aram Chobanian and Edward Avedisian Boston University School of Medicine.

Avedisian retired after nearly four decades of playing clarinet with the Boston Pops Orchestra and the Boston Ballet Orchestra.  He never forgot the hard work and sacrifice of his parents and the attention they paid to education, and he became a generous philanthropist for both the United States and Armenia.

When donating to colleges, hospitals and schools, Avedisian refused to have them named after him, and the same was true of the donation to Boston University. But when he suggested that his endowment be dedicated to his childhood friend, Boston University president emeritus, dean emeritus of the School of Medicine and provost of the Medical Campus, and nationally known cardiologist Chobanian, the plan ran into an obstacle. Chobanian, showing the same modesty as Avedisian, resolutely declined the honor.

After persistent persuasion, they finally agreed, on the condition that both their names appear in the title. 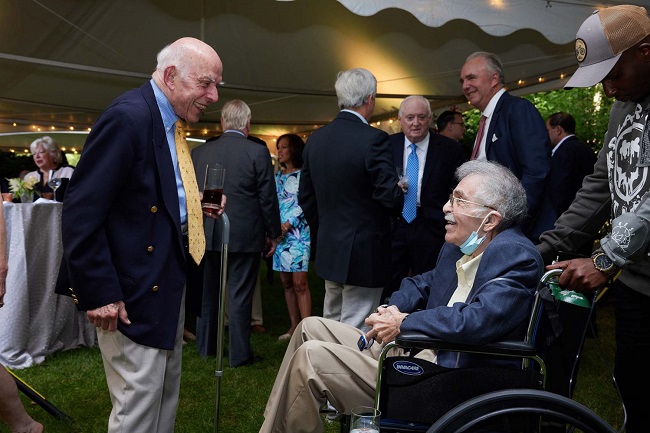 - $50 million for scholarships for medical students

- $25 million to the Avedisian Fund for Excellence to keep the school at the forefront of research and teaching.

A study conducted by the Association of American Medical Colleges for the Graduating Class of 2021 found that the average debt of students attending public schools is $194,280. This contributes to the growing shortage of primary care physicians in the U.S., as much higher salaries for professionals allow them to pay off student loans faster. Some aspiring pediatricians and primary care physicians simply can't afford it.

Avedisian's gift, according to Karen Antman, dean of the School of Medicine, will roughly double the scholarship aid the university can offer. The funds will be available for at least five years. 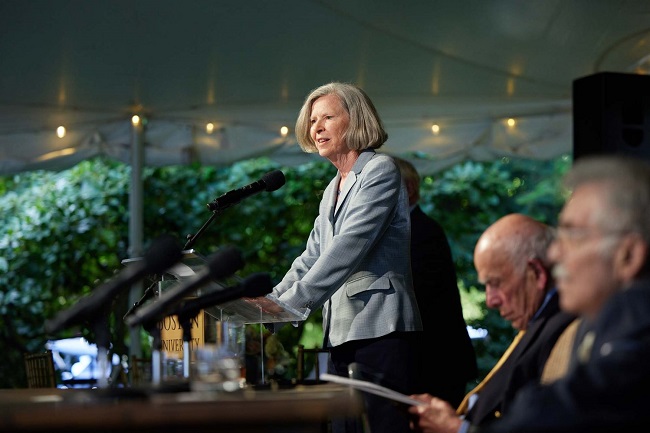 One of the professorship fellowships from the fund will be named for Richard Babayan, professor at Boston University School of Medicine, emeritus chair of the Department of Urology and former head of the urology department at Boston Medical Center, Boston University's main teaching hospital. A friend of Avedisian's, Babayan is the former director of the Armenian Medical Partnership Program at the medical school, a position now held by Aram Kaligian, associate professor of family medicine.

Another chair will support the director of the National Laboratory for Emerging Infectious Diseases, who will become a professor in the medical school.

Avedisian and Chobanian's ties to Boston University go back more than half a century.

Chobanian joined the BU Medical School in 1962 and made an impact as professor, dean and provost of the Medical Campus, taking a leading role in the merger of Boston City Hospital and Boston University Medical Center Hospital and the creation of Boston Medical Center in 1996. He then became interim president of Boston University after John Silber permanently stepped down as president in 2003: the trustees removed the word "interim" from his job title in 2005.

Avedisian had previously made donations to Boston University. A gift to the medical school also established two scholarships at the university's College of Fine Arts, named for Avedisian and Chobanian's spouses. His other ties to the university include a niece and nephew: Lori Onanian, who worked in the university's development department for nine years, and Craig Avedisian, a commercial attorney. Both were heavily involved in organizing the endowment.

Avedisian and Chobanian's friendship began on the streets of Potuckett, Rhode Island.

Both families suffered tragic losses during the Armenian Genocide. Their parents met and married after immigrating to the United States and settling in Potaket, where there were many jobs in textile mills. The Chobanians lived at 549 Broadway, the Avedisyans a few houses down, at 575.

Chobanian's soon enrolled in college and medical school. Avedisian found his calling in playing the clarinet.

Avedisian earned bachelor's and master's degrees in music, receiving a $350 scholarship in his first year, he said, and even more afterward. For decades he played with the Pops and the Boston Ballet Orchestra, performed with the Boston Symphony Orchestra, the Metropolitan Opera and many others, and supported such great musicians as Luciano Pavarotti and Leontin Price.

The friendship of these two men, Chobanian and Avedisian, has slowly blossomed in recent years. As adults, they saw each other from time to time. They began communicating more in the 1990s, after Avedisian sent a donation to the Armenian Medical Partnership Program along with a note to Chobanian.

Chobanian's said that when he stepped down as president of Boston University in 2005, the two became even closer.

Both men were especially determined to help their historic homeland.

Chobanian's joined the board of directors of the Armenian Relief Fund. He also focused on improving medical education and services through various programs, including training doctors, nurses and other health professionals in emergency medicine and health care management, as well as developing medical residency and postgraduate education programs in Armenia.

For his part, Avedisian became a trustee of the American University of Armenia and supported the construction of the Paramaz Avedisian building, named after his brother, and a new school and community center by Khoren and Shoshanig Avedisian, named after his parents. A 2019 recipient of an honorary doctorate from the University of Rhode Island, he is also a trustee of the Armenian Missionary Association of America and the National Armenian Studies Association.