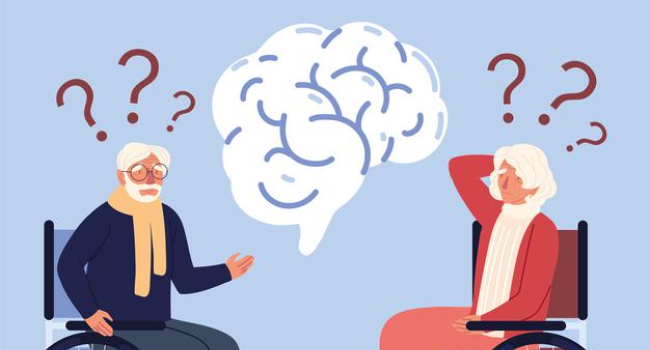 Increased predisposition of women to Alzheimer's disease is partly due to the high activity of the gene USP11, whose copies are present inside female X-chromosomes. These conclusions were reached by US biologists whose article was published in the journal Cell.

The researchers studied enzymes that interact with misfolded tau protein molecules (a molecule that contributes to the development of dementia). They were interested in how tau protein molecules combine with a peptide, ubiquitin. It reacts with other proteins and participates in the degradation processes of the waste molecules of these compounds. Abnormalities in the process of ubiquitin and tau-protein coupling are suggested by many researchers to occur in the early stages of Alzheimer's disease.

Scientists followed this process in the nerve cells of several male and female age-matched and male and female mice. The analysis showed that the enzyme USP11, which breaks the bonds between these molecules, interferes with interactions between ubiquitin and tau-protein. The concentration of this protein was significantly higher in female and female cells, due to the fact that the USP11 gene is located inside the female X chromosome.

On this basis, scientists damaged one copy of USP11 in the genomes of female mice predisposed to develop Alzheimer's disease and monitored the effects of genome editing. This reduced the incidence of cognitive impairment in the rodents, which was accompanied by a significant slowing of tau protein accumulation in their brain neurons.

Something similar, as scientists suggest, can be achieved with the help of short biomolecules capable of penetrating the human brain and reducing the activity of the USP11 enzyme. The creation of drugs based on such substances would dramatically reduce the incidence of Alzheimer's disease in women, Prof. Kang and his colleagues summarized.

According to WHO, there are currently 55 million people with dementia worldwide. In 60-70% of cases, they are diagnosed with Alzheimer's disease. This neurological disease leads to the death of brain cells, as a result of which a person's thinking, behavioral and social skills are permanently reduced. He or she may forget a recent conversation, event or the names of relatives, get lost in a familiar place, etc.