Twins born in U.S. frozen 30 years ago at embryonic stage 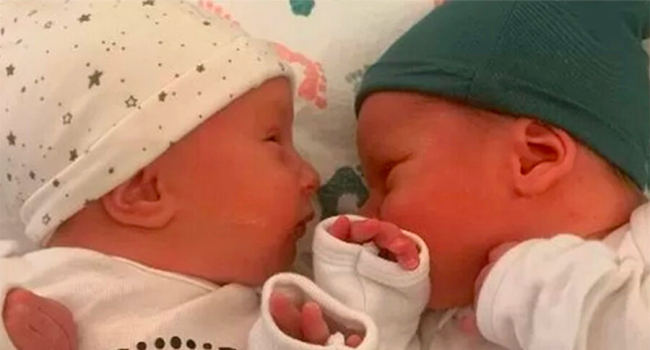 Two twins have been born in the United States from embryos that have been deep-frozen for 30 years. This is the longest time in history that frozen embryos have waited to be born.

The embryos had been in storage since April 22, 1992, in liquid nitrogen at -128C - and still remained viable.

They were then thawed and transplanted to an expectant mother, Rachel Ridgeway, who successfully gave birth to twins on Oct. 31 of this year.

There's something overwhelming about this, Philip Ridgway said as he and his wife cradled their newborns on their laps at their home in Portland, Oregon.

According to the National Embryo Donor Center, a private organization that claims to have helped give birth to more than 1,200 babies from embryos, Lydia-Ann and Timothy-Ronald Ridgway are likely to set a new record. The previous one belongs to Molly Gibson (who was also born thanks to NEDC), who was born in 2020 from an embryo that had been in a deep freeze for 27 years.

The decision to adopt these embryos should instill confidence in patients who ponder whether someone would want to take embryos created five, 10 or 20 years ago, says Dr. John David Gordon, who performed the embryo transfers.

According to an NEDC statement, the center hopes the news of healthy babies being born will encourage other potential parents to experience the happiness of adopting embryo-born babies themselves.

The NEDC claims that there is no limit to the shelf life of frozen embryos. But the likelihood that children conceived 100 years ago could ever be born is not so great, since the technology is relatively new: the first child from a frozen embryo was born in 1984, which happened in Australia.