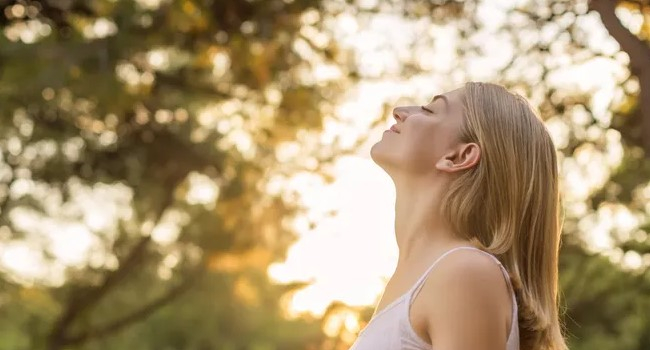 They can also support the muscles that help us breathe to lower our blood pressure.

Daily exercise for six weeks of high resistance inspiratory muscle training (IMST) lowers systolic blood pressure by an average of nine millimeters of mercury, according to a new study published in the Journal of Applied Physiology.

Because muscles weaken over time, strength training is often used to keep the body's muscles healthy.

Researchers decided to apply the same concept to the muscles that help us breathe, such as the diaphragm.

As part of the study, they recruited healthy volunteers ages 18-82 to use a device called the PowerBreathe, which provides resistance training for the muscles that help us breathe in.

Study participants were asked to use the device for five minutes a day for six weeks.

This device is also often referred to as a "diaphragm dumbbell."

The new study found that doing 30 breathing exercises a day for six weeks reduced systolic blood pressure by about 9 millimeters of mercury, which is similar to the reduction achieved by normal aerobic exercise, such as walking, running or bicycling.

Reducing systolic blood pressure by 10 mm Hg reduces the risk of stroke by about 35% and the risk of cardiovascular disease by about 25% at age 65, according to a British Medical Journal report.

The upper number is the systolic pressure, which is the pressure inside the artery when the heart is contracting and sending blood throughout the body.

The lower number is the diastolic pressure, or pressure in the artery when the heart is at rest and filling with blood, according to Johns Hopkins Medicine.