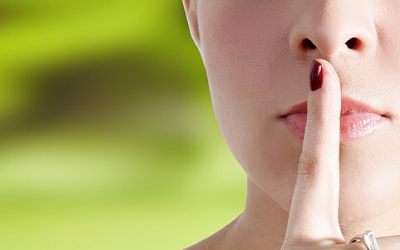 Does sugar increase your risk of cancer? Are modern carcinogens an underlying cause of the disease? YouTube's SciShow tackles these questions and more in their latest video, debunking the biggest misconceptions surrounding the big C.

In one study, sharks injected with a cancer-causing chemical never developed the disease — possibly because they're made up of mostly cartilage. Tumors feed off of blood supplies, and certain chemicals in cartilage can prevent blood vessels from forming. So theoretically, if you cut off the tumor's blood supply, you could starve the cancer. However, what benefits animals don't always benefit humans.

Sugar is converted into energy, and because cancer cells need a lot more glucose than other cells to energize and grow, researchers suspected eating more sugar increased the risk of disease. But studies have since shown cancer cells have access to sugar whether you eat it or not.

Antioxidants reverse and slow down the cell damage that leads to cancer, which gave birth to the idea that eating antioxidant-rich foods and drinks, like green tea and blueberries, could slow it down. But when experts tested the efficacy of antioxidant supplements in clinical trials, the noted very few benefits.

Breaking up tumor tissue inside the body, as is the case with biopsies, was once thought to trigger the spread of cancer. This belief grew stronger when thirty percent of breast cancer cases involved dislodged tumor pieces. However, testicular cancer is one of the only cases when spreading can occur after a biopsy.

5. Cancer Is A Modern Disease

Science may uncover new carcinogens every year, but ultraviolet radiation from the sun, wood smoke, and genetics are the original causes of cancer. Cancer has been found in 3,000-year-old human remains and even in dinosaurs, making it an ancient and omnipresent disease.