Almonds could help you fight colds and flu 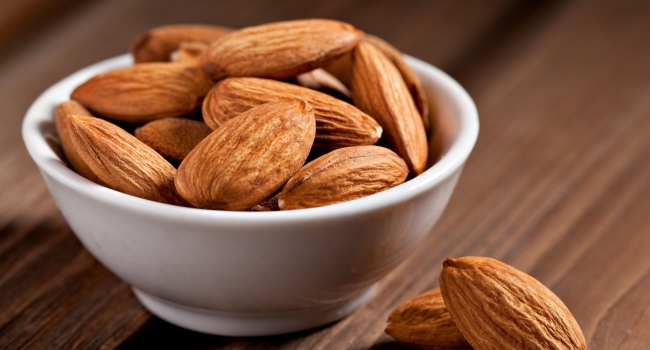 Now that cold and flu season is bearing down upon us, you may want to add almonds to your diet to help fight these nasty infections. A research team has found that the skin of almonds contains chemicals that enhance the immune system’s response to cold and flu viruses.

Scientists from the Institute of Food Research in Norwich, UK, and the Policlinico Universitario in Messina, Italy, made their discovery when they tested the immune response to infection by the herpes simplex virus 2 (HSV-2), a common and extremely hardy virus that causes cold sores.

When almond skin extracts were pitted against HSV-2, the nut proved effective against the virus, but when they used almond skins that had been removed through blanching, the benefit faded significantly. Almond skins are sometimes removed before the nuts are consumed.

According to Dr. Giuseppina Mandalari, from the Institute of Food Research, “Almond skins are able to stimulate the immune response and thus contribute to an antiviral immune defense,” he said in a UK Telegraph article. The components believed to be responsible for this benefit are polyphenols, which are found in almond skins.

Almond skins appear to improve the ability of helper T cells, a type of white blood cells, to identify viruses and also increase the body’s ability to prevent spread and replication of viruses. The researchers noted that other nuts may also have this ability.

Nuts are also credited with other health benefits. A recent study from Loma Linda University found that nuts, including almonds, can help lower blood cholesterol levels. Pistachios have been associated with improving risk factors for heart disease.

Why did the scientists test almonds on the herpes virus? Because, according to Dr. Martin Wickham, another study author from the Institute of Food Research, the virus “is a very good model of viral infection because it is known to evade the immune system, so because the almonds had an impact on this virus, it is fair to assume that it will have an impact on other viruses.”

How many almonds should you eat to help fight cold and flu? That’s one question scientists cannot yet answer, although the authors noted that eating almonds (with skins) regularly could help protect against viral infections and also help people who already had an infection.